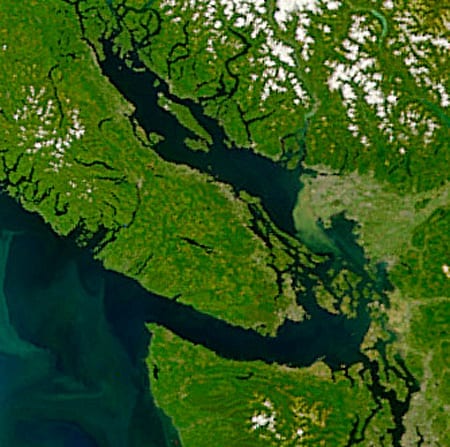 •Early last week a group of UN organizations participating at the 36th UNESCO General Conference presented a project to protect the world’s oceans and coasts, so threatened by environmental deterioration.
The document, titled Blueprint for Ocean and Coastal Sustainability, will be submitted to RIO+20, the UN Conference on Environment and Development held in June 2012. It explains that although the international community committed to addressing the deterioration of densely populated coasts,  damage to aquifers, the loss of mangroves and coral reefs, etc. at the Rio (1992) and Johannesburg (2002) summits, most of the agreements have yet to be implemented.  It also notes that only a few countries have issued laws to regulate sea pollution due to human activity, so the number of biologically dead areas has increased since then.
As a last minute footnote, Brazil’s president Dilma Rousseff announced last Friday that the RIO+20 summit dates have been moved from June 4-6 to June 20, since the initial dates coincided with England’s Queen Elizabeth 60th Crowning Anniversary celebrations and several world’s leaders would have not been able to make it to Rio de Janeiro. Ufff, go figure.

•We learn about the sometimes obscure effects of Ocean Acidification and climatic changes in the marine environment a drop at a time.  Scientists believe that the purpose of the Antarctic Orca whales’ migration north could be to regenerate skin tissue in a warmer environment.  Before they embark on their rushed 5,000 mile journeys the cetaceans show a yellowish coating on their skins caused by a thick accumulation of algae, but come all black and white after a brief visit to Brazil, which indicates that their upper layer of skin has been shed. With warming sea temperatures and ocean acidification helping algae growth and damaging their competitors one wonders what the future consequences might be for Orca migrations. HERE is the article on the NOAA site.

•KUOW, the Puget Sound Public Radio station did a program on Ocean Acidification today at 10 AM. You can probably find the podcast HERE.

•Not leaving the Puget Sound area, during the recent Salish Sea Ecosystem Conference in Vancouver, BC, it was discussed how excess nitrogen in water not only causes hypoxia, but also fuels algae growth, which, when decomposed through microbial action produces CO2, thus contributing to lower the oceans pH: i.e. Ocean Acidification. “What is most alarming is that the combination of the two sources of CO2 (atmosphere and microbial respiration) seems to have more than an additive effect-there is some sort of synergy that lowers pH beyond what would be expected from the sum of the predictions for each of the two sources when modeled alone”, explains the Squaxin Island Tribe’s Natural Resources website.

•Chris Sabine, one of the NOAA scientists that appears in A Sea Change, was recently appointed director of NOAA’s Pacific Marine Environmental Laboratory in Seattle.  You can read about his curriculum and appointment on THIS NOAA page. •THIS is an interesting article by Clare Leschin-Hoar on GRIST on the overfishing of small forage fish for industrial purposes and what is at risk — namely, the complete collapse of the marine food web.  Forage fish like sardines, anchovy, mackerel, menhaden or squid serve as food for larger fish. Without their presence salmon, halibut, tuna and swordfish to name a few will be (more) in peril. OCEANA has released a REPORT that raises the alarm about the dramatic increase in these catches to satisfy demand by the aquaculture industry (they have doubled in the last decade).  In 2008 20.8 million tons of wild fish went into fishmeal and fish oil for feeding farmed fish, pigs, poultry. Read more details on the link above.

•I do not know if this is simply curious or is part of an ad campaign, I think I do not completely get it, but here it goes anyway: Makerbot, a company that can create small scale copies of any three dimensional object, has decided to begin “printing” shells for homeless hermit crabs. Yes, I am not making it up: the project’s name is Project Shellter.  I cannot elaborate any further, but you can read more HERE and HERE or watch the following Makerbot video for your amuZement:

•Found this video about the time lapse construction of a giant wind turbine in 7 minutes. Mesmerizing and impressive what people can do: