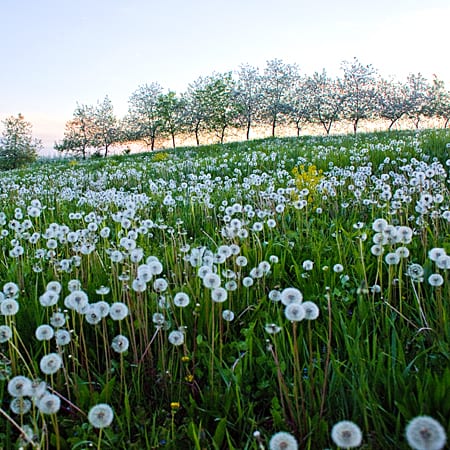 Having a trivial talk last fall with friends at a bar in Spain the conversation took a sudden turn to 9/11.  To my shock everyone around was convinced that 1: those planes never hit the towers, or 2: they simply weren’t what caused the towers to collapse.  Some dark, influential forces (the US government, most likely) were behind this twisted and brilliantly horrid plan.  I had of course heard my share of rumors throughout the years, but was not prepared to see every single person around me, including close friends I consider sensible people, willing to believe absolutely anything but what was reported by thousands of journalists and witnesses, what they saw live on television.  I tried to reason, mention the difficulty of plotting anything of that scale when the most inconsequential stuff gets leaked and nobody holds secrets, when well thought out, simple plans are full of failures.  To no avail.  They were all so much better informed from websites and documentaries about the intricacies of this global murderous trick pulled on us, they had all suddenly become skilled engineers, international politics experts, spies inside the Pentagon, social psychologists.  What about the thousands of people witnessing the impacts?, I inquired: Simple, the more people present the easier it is to lead them into thinking they saw this or that.
What about the footage?: All set up in advance, special effects, and full of blatant incongruencies that could not fool them.
9/11 is something I do not talk about much, even less into detail, but I decided to spill some beans:
I lived in Manhattan at the time,
less than two miles from the WTC,
saw the towers from my apartment building terrace that morning once I found out one was on fire,
walked downtown and got lost looking for the left one because it was already down,
ended below the second one,
stayed there and talked to people,
had to run for my life away from the falling building,
saw very bad things,
have good friends that witnessed much more,
I went on for a while
What did they make of that?:  Well, their opinions did not move an inch. They knew what they knew and poor me, they were just sorry I got caught up in the official story and had no clear memories of that morning.  They pointed to data I could examine, websites to visit, must read books that had helped uncovered the truth. (Rumors, like dandelions, just need a whisper to take over)

There is a brilliant piece by Adam Corner, research associate at Cardiff University, on the Guardian Environmental Blog about how much of the climate change debate and skepticism concerns science.  He wrote it last November after a group of US climate scientists had launched a new rapid response website to try to close “the gap between scientific knowledge and public opinion on climate change”.  Mr. Corner wrote: “Science being science, there will always be uncertainties. But if the credibility of a scientific conclusion can be judged from the weight of evidence that supports it, then climate change is a fact. The problem is that seemingly objective facts are surprisingly malleable – especially when they are perceived to have implications for policy or behavior.”
He puts it much better than I ever could, so (hoping that stealing his text does not upset him) I will just quote:
“Many of the arguments that rage around climate science are not really about climate change at all: they are disputes about personal values, regulation, economic growth or the acceptable level of government intervention in our lives. Climate change just happens to cut to the heart of these red hot issues – and so it is used as a vehicle for thrashing out ancient disputes.
The gap between scientific knowledge on climate change and public attitudes is unlikely to be closed by opening up a new front of climate science dissemination. Previous experience with scientific topics such as GM crops suggests that turning up the volume on the science will not necessarily lead to greater public acceptance of climate change. So what is the alternative?
First, we have to accept that climate change skepticism is not primarily about the science. The fact that more than half of the incoming Republican politicians in the US mid-term elections dispute climate change illustrates this perfectly. These people were not driven by their rejection of climate change science to become Republicans – their conservative views have colored their interpretation of the science, which they see as threatening to their ideology.
Second, our methods for engaging the public need to move away from the one-way dissemination of information, and towards more participatory approaches. Providing opportunities for people to deliberate with each other about climate change allows the reasons for disagreement to come to the fore. If these reasons are based on values, cultural world-views or ideology, then it makes sense to get these disagreements out into the open rather than obscuring them by fighting political battles using the language of science.
The rapid response website is an attempt to draw a line under a year marked by accusations and acrimony, and as a channel for climate scientists to provide information to the media and the public it should be welcomed. But while dispelling myths about climate change is a valuable public service to offer, the truth about climate skepticism is that it is not just a dispute over the science. The challenge for scientists and communicators is to find ways of engaging the public where the real reasons for disagreement can take center stage – only then can the debate move forward.“

I myself am a bit exasperated knowing that 30 years from now Elvis will still be alive, hiding somewhere.