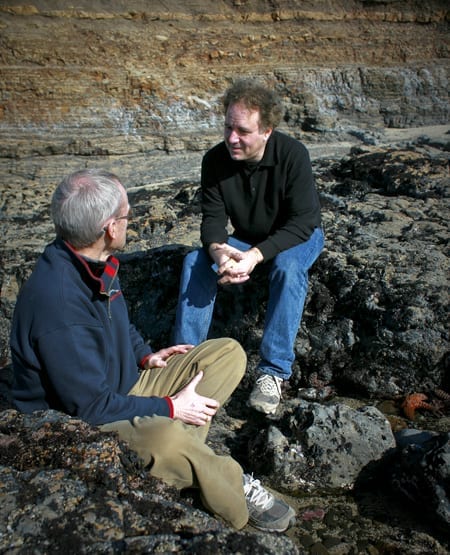 Richard Conniff wrote a brilliant piece last year titled “What are species worth? Putting a price on biodiversity” :

Had you ever heard about Prochlorococcus, a cyanobacteria responsible for 20% of the oxygen we breathe?  It might have only been discovered 25 years ago, but was playing this vital role for all life forms during millions of them.
What about the yew tree?  After thousands of years of use as raw material to fashion bows and spear heads, the yew was simply seen as a “trash tree” until the 1960s, when a chemical in its bark and leaves, taxol, became critical for cancer treatment.  In 2009 those drug sales topped $1.6 billion.

When we cause a specie to decline we are completely unaware of how the apparently distant event is going to trickle down to us. Let’s consider the case of vultures in India during the 1990s: at that time local farmers started using diclofenac with their livestock, an anti-inflammatory medication to ease pain and fever.  Unfortunately, vultures scavenging on animal carcasses accumulated large quantities of this drug and died of renal failure, which brought them close to extinction (in 15 years 96.8 to 99.9% disappeared).  Feral dogs took the niche vacated by vultures and boomed to 9 million animals, which consequently lead to a radical increase in the number of dog bites on people.  It is believed that an extra 48,000 people died from rabies, and if we were to put a monetary value to all those deaths, according to Conniff the loss of vultures cost India roughly $24 billion.

In another paragraph, while referring to the Pacific Northwest Coast, Mr. Conniff points out: “Our understanding is too primitive to say one species is important and another isn’t. Starfish are the dominant predator. So mussels normally crowd up along the high tide line, where starfish are less likely to chomp them. In one study, a biologist removed the starfish to see what would happen. The mussels soon crept down toward deeper water, crowding out other species. Within a few years, only eight of the 15 original species still lived in that neighborhood. For all their apparent cruelty, killer species can be a means of fostering biodiversity.” Ken Caldeira, Sven Huseby, some mussels and a starfish

Trying to convey the importance of nature writers and researchers have assessed the value of the Amazon jungle, of all the biomass in Africa, of the world’s fisheries and its reefs (the reefs for example have been estimated to be worth $30 billion per year in tourism, fisheries and coastal protection).

As we make our choices and put price tags on regions and environments two things worry me the most. The first is Connfill’s point with the mussel and starfish real fable, that we simply know too little and usually too late the intricacies amongst the network of living creatures and the environment to make any educated evaluation (keep in mind that about 1.8 million species have been described to this day, but another 10 to 50 million remain to be discovered) that will hold true through time.  The second is that we are simply and brutally missing the point.  I understand the desire to put things under a different light, to try to convey the pressing importance of our environmental concerns and efforts to that large portion of society that only wakes up from lethargy when some coins fall on the table, when we can talk business.  I worry that by attempting to filter life through the eyes of Wall Street we are perverting a noble cause and handing it to the devil, drowning in the very source of the problem, right into what has brought us here: this current sacralization of economics.  We mistakenly confuse our ability to alter the natural order of things with an immature sense of entitlement, a right to pursue in life and perceive evolution and progress solely as added comfort, luxury and wealth. Back when we could not transform nature in a broad scale our environment was respected, carefully listened to and revered; now that we have the ability to change the course of rivers, to exterminate most animal life on land and sea, to grow apples in the desert, when we have a chance to show our true colors, we fail pathetically, realize we are still in square one.